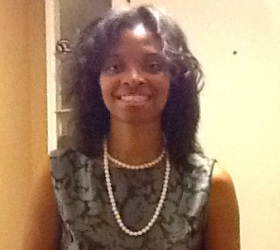 Nicole has owned and operated her own business for over 15 years.  From selling refreshments at church as a young teen to opening her own law firm, Nicole has known success as an entrepreneur.  Nicole was born and raised in Oakland, CA where she attended and graduated from Merritt College before finishing her B.A. in Political Science at Cal State Long Beach.  Nicole went on from there to earn her law degree from Golden Gate Law School.  Nicole opened the Law Offices of Nicole Hodge immediately after passing her bar and has been practicing ever since.  Nicole has successfully argued cases in the areas of real estate, work place discrimination and special education.
Nicole is also a proud member of Alpha Kappa Alpha Sorority Inc.  She belongs to Prayer Mission Church in East Oakland, CA and enjoys reading, debating and taking walks. 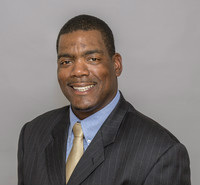 Ty has been acquiring leadership experience for over 10 years beginning with his time at the United States Military Academy at West Point.  Ty was born and raised in Lynwood, CA before heading to New York to attend West Point.  Upon graduating with a B.S. in Engineering Management with a minor in Civil Engineering, Ty received a   presidential commission as an officer in the United States Army.  When injury cut his military career short, Ty took his leadership experience and intellect to the private sector.  During his time in corporate America, Ty received invaluable training in the areas of facilitation, business management and interviewing.  He has served in staffing roles with companies in Pepsico and Nestle where he successfully lead both manufacturing and route sales teams in the areas of productivity, sales, development and safety.
Ty is a proud member of Phi Beta Sigma Fraternity Inc.  He coaches football in his spare time and enjoys reading, strategy games, and outdoor activities.

My name is Gloria del Carmen Zepeda, born in Leon, Nicaragua on April 15, 1973.  I came to the US when I was 5.  Spanish is my first learned language.  Early school years were attended in Los Angeles but finished with classes taken at Bakersfield College.  I began translating for my parents as early as 6 years old and have always enjoyed assiting in the communication process.  I began working with the Office of Education in 2000 and have participated in the planning and trainings for the California English Language Development Trainings, Second Language Instruction County of Kern, California Technology Assistance Project.  I also served hospitals as a Family advocate where I presented new mothers with information on the care of newborns, parenting, and maintaining a healthy life style.  I currently, as a Lead Advocate, serve as a communications liaison between non-English speaking students and their parents and LONHA as well as multiple school districts and the Office of Administrative Hearings.
I attend New Life Church and during my free time, I enjoy spending time with family and friends which consists of many traveling adventures.  When alone I read, research, play games or use my creative imagination by painting or writing.

Tony has over a decade’s worth of legal experience.  A SF Bay Area native, Tony became a paralegal at a top national law firm shortly after graduating from Saint Mary’s College of California in 1999.    Later, Tony graduated with distinction from the University of Pacific McGeorge School of Law in May 2007.  In addition to his JD, he received a certificate in International Legal Studies and a concentration in Intellectual Property.  Tony is a member of the McGeorge Traynor Society for academic excellence and co-represented McGeorge at the 2007 Giles Rich Moot Court Competition.  Tony became a licensed attorney in 2008 and has been involved in a wide array of transactional and litigation cases.

In 2009, Tony became a father and in 2011 accepted a Lecturer’s position at Saint Mary’s College of California.  His new roles as father and professor inspired Tony to advocate for those with the smallest voices in our legal system and joined LONHA in 2012.

Marie began her journey through special education when she was introduced to the world of Autism by her then two-year old exceptional son. She now dedicates her life not only to her son’s special needs, but also to sharing her skills and legal savvy, which she has cultivated over the years, to help other families navigate through the special education process. Marie lives by the philosophy of God first and family second.